The Movie made by Dutch populist MP Geert Wilders, which was published on Thursday night on the internet.

Fitna the movie: foolish and dangerous

The Dutch populist politician Geert Wilders launched his film Fitna. It is an anti-Islamic pamphlet full of generalizations, sending out a message that Islam is the source of violence. In a very suggestive way he uses well-known and terrifying images of terror against citizens to underpin his message.

Wilders’ logic is all in all foolish. According to him violent extremists justify their deeds referring to the Koran and thus Islam is violent. Such generalizations are foolish, but also dangerous. It is of utmost importance to make a difference between religion and religious people on the one hand and the way in which politics misuses religion on the other.

Fitna is the ideal recruitment film for violent extremists. The style of Fitna shows remarkable similarities with the ideological propaganda of extremist movements. Authoritarian regimes will present the film as yet another new sign of western imposition and will use it as a license for their repressive regime. Those people in the Middle East who commit themselves to peace, human rights and democratization are not being helped, on the contrary.

It cannot be coincidental that Wilders uses generalizations, which form the basis of totalitarian regimes he claims to combat. Wilders resists violence, but at the same time he provokes violence with Fitna. That is either naïve or malicious. Two characteristics which are little helpful in politics.

IKV Pax Christi trusts that the Dutch society will not let itself be led by fear, but will be led by common values and a joint effort to commit itself to peaceful coexistence.

Arab Women Media Watch Centre in UK (AWMW) congratulates the 2012 Olof Palme Prize winners, Radhia Nasraoui from Tunisia and Waleed Sami Abu Alkhair from Saudi Arabia both of whom are Arab lawyers, fighting for the freedoms and rights of people in the Arab region.

The Human rights advocates share the 2012 Palme Prize. Radhia Nasraoui defended human rights as a lawyer for over thirty years while facing all kinds of pressures. Her motto “Not to use our voices makes us accomplices in oppression”. Nasraoui is co-founder of the Committee for struggle against Torture in Tunisia and a member of Amnesty International in Tunisia. 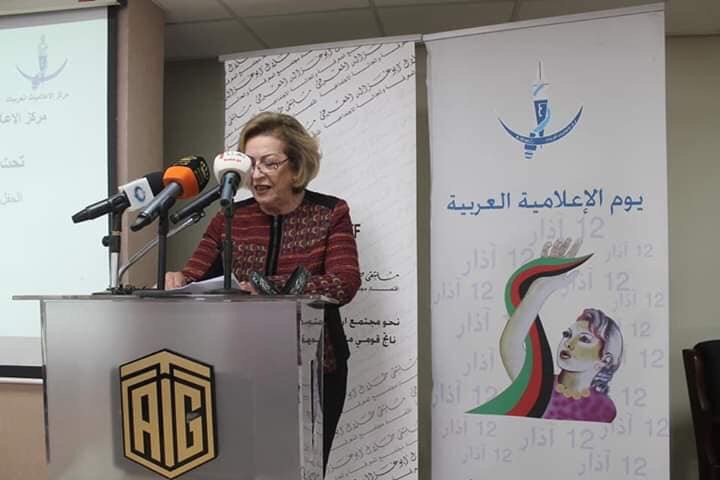